A Tale of Three Cities (and one Mexican Restaurant) 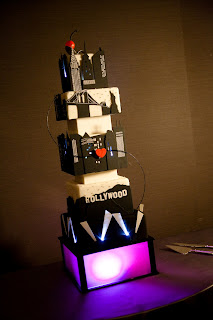 When I met with Marissa and Robb, they instantly took to the idea that their wedding cake should be a “Tale of Three Cites”. You see, while they were both from the Twin Cities, Marissa had been living in New York, and Robb in LA. They moved back home within two weeks of each other, met, fell in love, and then needed a cake! My original thought was to have Landmark New York buildings silhouetted on the top two tiers, the Hollywood sign and palm trees on the bottom two tiers, and Minneapolis represented on the middle tier. It was Robb’s idea to switch the bottom tier from palm trees to Hollywood search lights (great call). We would top the cake with a well known Minneapolis sculpture of a cherry balancing on top of a spoon. 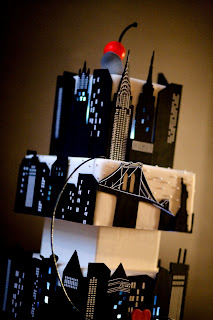 It wasn’t until I went over the design with Jenna and Julia, my trusty sidekicks, that the idea of making the searchlights actually light up was hatched. After all, I had opened my big yapper about making the cherry on the top of the cake light up when meeting with the bride and groom, and they loved the idea, so why not light up the searchlights too? 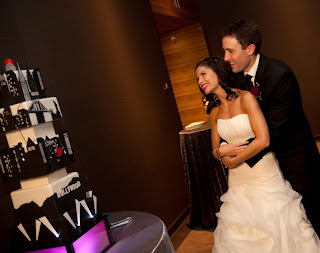 This was the first cake we’d ever made with a camera crew in our kitchen. Honestly, the idea of being filmed while working on wedding cakes wasn’t high on my list of things that sounded “fun” so it was an extra stressful day around Gateaux. We arrived to eight crew members in our tiny shop. I think I had convinced myself that this would be a smaller production than it actually is. For my own sanity, for weeks, I was happily picturing some lone camera man hiding out in the corner of the kitchen as the extent of “the crew”. Trying to act like this is all completely “normal”, we got microphones attached to us, and started making buttercream. Somehow, the ritual of the morning prep work was managing to calm me down, until everything went dark.
No, I didn’t pass out from sheer terror… power to the building was out. Off to a great start. Fortunately, the strip mall across from the shop was spared the power outage, so we packed up our little prep mixer, and busted in on two very kind, but very confused prep cooks at El Azteca Mexican Restaurant. They agreed to let us use their electrical outlet, and we managed to whip up the Mousse filling for the wedding cake within a couple of resounding renditions of the Mexican Hat Dance.
After our little field trip, we returned to our powerless shop, and filled the cakes in the dark. With the cake gods on our sides, the power came on within a half hour of our return to the shop. The rest of the cake went as planned (with the exception of yours truly breaking a number of the frosting buildings, but that’s why we make extra everything). When the day was over, I was actually grateful to have our morning field trip on film. I think Marissa and Robb will get a kick out of seeing what went into the making of their wedding cake. We often see that the process of making someone’s cake reflects their personality. These two had to travel halfway across the country to find each other right where they both started. The least we could do was walk across the street. 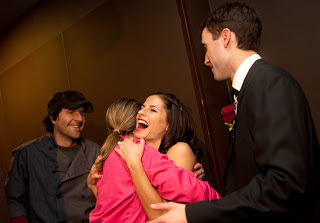 Much thanks to Jacki Vaughn for these beautiful photos, and to Donna at the Graves 601 hotel for connecting us with this chic and wonderful couple.

Decorator's Notes
Marissa and Robb's cake was decorated during the filming of Amazing Wedding Cakes Season 4 at Gateaux Inc.  To see the cake being decorated, follow this link 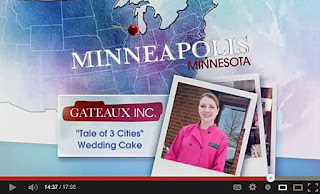 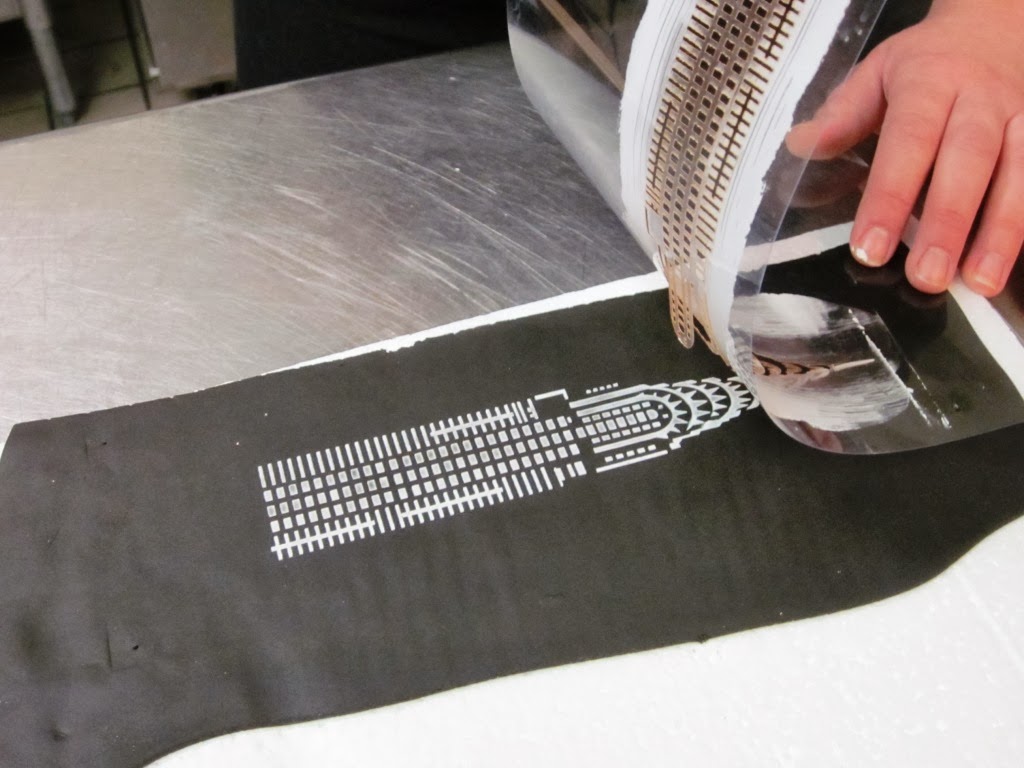 I LOVE IT!!!!! Best quote ever: "These two had to travel halfway across the country to find each other right where they both started. The least we could do was walk across the street."

Thank you so much, Robin, Jenna, Julia, Brian and Magic Phil. I just adore you all so much, and you created for us the most beautiful and memorable wedding cake EVER!

Sounds like quite an adventure. The cake is absolutely stunning!

How fun to hear the adventure behind the scenes, Robin! Makes it even that much more amazing!! :)

One of the best technical chefs ive seen on the show so far,
I have to ask how did you make the template for the Chrysler building, it looks precut, was it done proffesionally or do you have a cutting machine?
I also wondered how you did the template on the Shipping box?

Hi Brian-Thanks for the nice comments! We lay out the art for the stencils and have a company that laser cuts them for us. For the shipping box we lay out the art and then screen print it with frosting.

Hope you enjoy the rest of the season!

I loved this cake very much! I really like how you got the cake to light up, especially with the cherry on top. :)