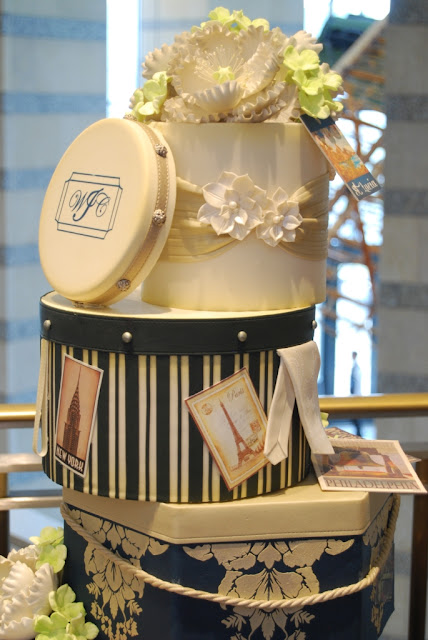 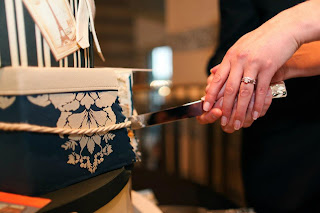 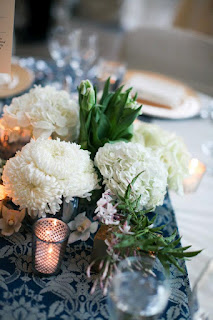 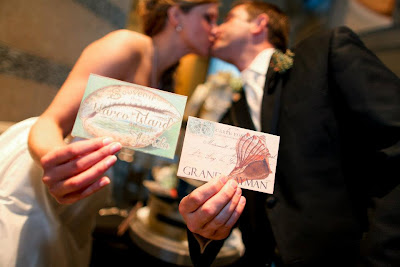 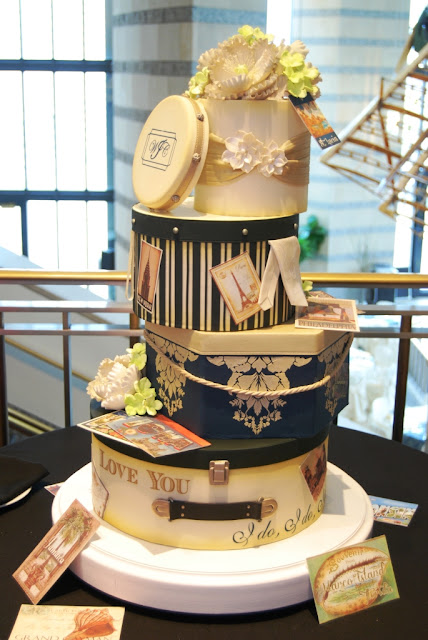 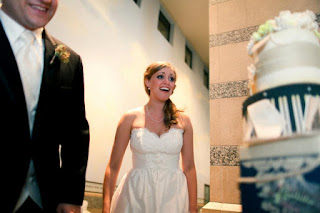 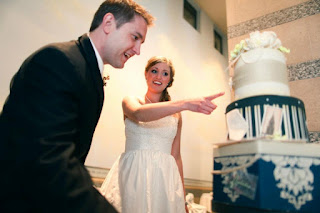 My brother was the cool one.  I hate to admit it, but it's about time.  I was preppy, he was punk, I had a Yamaha scooter, he had a t-top Corvette, I played classical violin, he played guitar.  Not just guitar, not just electric guitar.  A Fender Stratocaster.  Now, I was a twelve year old nerd with coke-bottle glasses.  I didn't know cool from anything, but when I heard that name..."Fender Stratocaster"  I knew.  This wasn't an instrument.  This was the cool personified.  And it was.  And it is.

Jimi Hendrix played a Fender, so did John Lennon, Pete Townshend, and Eric Clapton to name a few.  The Edge plays one, how can you possibly deny the coolness of someone named "the Edge"...don't even try...you can't.  And most importantly, Gina's son.

I made Gina's wedding cake several years ago.  She was not a traditional bride, as a matter of fact, a couple of months before her wedding, I made a groom's cake for her son's wedding.  He was a camera buff, so we made him a completely edible Hassleblad camera and camera bag. 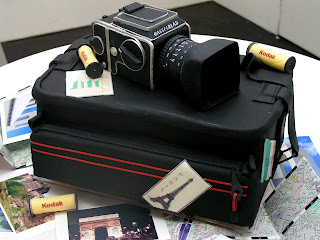 Now, her second son was tying the knot, and she had already set precedent that there would be an awesome groom's cake.  Who am I to squelch sibling rivalry?  So I sat down with Gina and her soon-to-be daughter in law Theresa...and the groom's stealthily "borrowed" Fender Stratocaster Sunburst.

It looked familiar to me.  Not because of my brother's guitar, that was a high school kid's beat up, used, dented, scratched, and otherwise abused black Strat.  This was a high gloss, rosewood fingerboard, pristine Sunburst, the model that Buddy Holly played.  My dad was a huge Buddy Holly fan (in his high school yearbook photo he was a dead ringer for Buddy).  You didn't mention that name around him unless you were ready for a lecture about "how much talent went down in that plane".  But I'm digressing, as usual.

Typically, I don't like to make cakes that are a literal translation of anything.  I'd rather use the object at hand as inspiration for a cake, but not a direct copy.  I don't know if it was the influence of my brother and my dad, or just the sheer beauty of this guitar, but I broke all of my rules.  I CAREFULLY took the guitar out of the case, and traced it onto parchment, then proceeded to photograph it from every angle, every detail recorded, down to the fret lines.  We added frosting sheet of music for a sond that would be played at the ceremony, a bunch of frosting guitar picks, and Stewart (the groom's childhood dog) hiding under the neck, but otherwise, the goal was this.  Make a life-size replica of this guys guitar.  My two goals...make it entirely edible, and make it so realistic that the groom may try to play it. 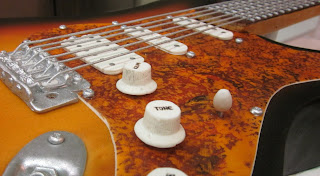 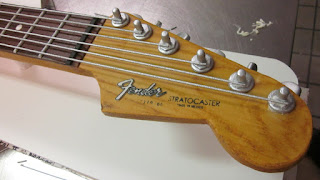 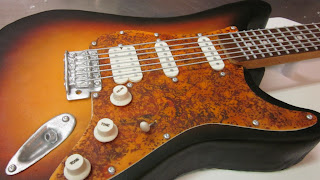 The decorating didn't go entirely without a few panic attacks.  Turns out, the board was too flexible, and threatened to snap off the solid frosting guitar handle when the cake was moved.  So we sent Julia to our favorite cake-supply store (Lowe's) to buy steel beams to attach to the bottom of the cake board...WHILE THE CAKE WAS ON IT.  We also had one of those "couldn't have called that in a million years" cake moments, when the frosting guitar strings decided to reposition themselves into a warped hourglass formation before our very eyes.  Still haven't figured that one out...it looked as though they were attracted to one another by some kind of static electricity or magnetism...really bizarre.  But we carefully moved them back into place and attached them to their frets with a little royal icing (an hour and a half long process) shortly before delivery.  Only broke one of them in the process, good thing we made extras. 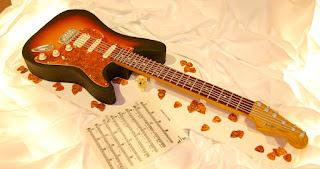 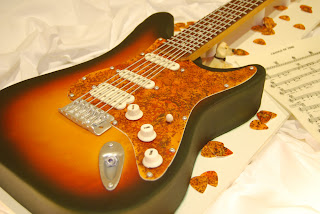 Turns out, the groom didn't play his Caketar, but it did get a lot of play at the reception.  Especially once it was cut.  We made the cake Banana Walnut with Bavarian Cream filling, a flavor worthy of the legendary guitar it became.  And this Evil Cake Genius just got a little cooler.
Posted by Evil Cake Genius at 7:54 PM 5 comments: