Clyde, Tino-San, and the answer to "That Question" 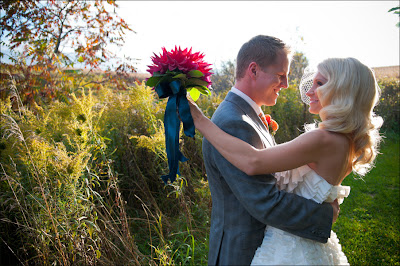 I know it's been way too long since we've blogged. But sometimes, things get so overly busy in cakeland, that blogging, like sleep, becomes a luxury. My apologies, I'll make up for my absence from the blogosphere, by writing a novel this entry...and no one deserves a novel more than Erica and Josh...and Clyde...and Tino-San.


Last weekend, we had the honor of bringing a cake to LA for an event that I cannot disclose at this time. Patience cake fans, all in good time. We were lucky enough to have a client who flew us out with the cake on their corporate jet...another Gateaux first. While in flight, after playing with the automatic shades, taking photos of us acting like important people, and a few resounding choruses of "Like a G6", the pilot invited people up to the cockpit to have a look around. Of course, my husband, the Goo, was instantly on his feet. When he returned, looking like a kid who just earned his Junior Pilot's wings, he recounted his visit. "What did you ask them?" I asked. "I asked them what the number one question they get asked is" he replied. And much to my surprise, both pilot and copilot immediately chimed in with "Have you ever crashed?"


I was surprised that people ask this, but then, I realized what the number one question I get asked is. Hands down..."Have you ever dropped a cake?" What is this morbid curiousity that people have with disaster (whether it be in the air, or of the lesser serious, except to yours truly, pastry variety)?


Well, for all of you looking for a little drama, here's your answer. No, they had never crashed a plane, and No, I've never (knocking on wood while typing is not easy) dropped a cake. But, the closest cake disaster I've had in years happened this September, and it involved Clyde and Tino-San.


Let's start with the bride and groom...Erica and Josh. Fabulous couple. Amazing taste, an incredible knack for planning, and style...good lord, style. They are my favorite type of couple. They planned their wedding from the ground up, and made everything happen, from hand-painting signs on old dock planks from Erica's Grandpa's Cabin, to growing the dahlias for the bouquets and centerpieces, to finding the perfect wrought iron marshmallow toasting sticks, they didn't miss a loving detail. The wedding would be held at The Enchanted Barn, in Wisconsin. We worked with them to create the invitations, programs, place cards...all with a whimsey turn-of-the-century carnival feel. 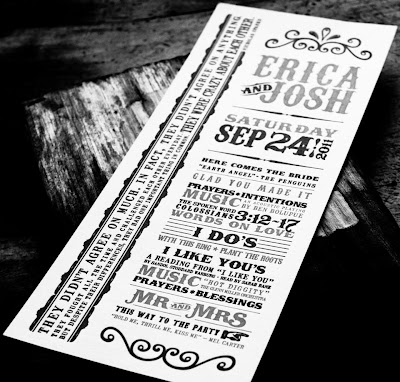 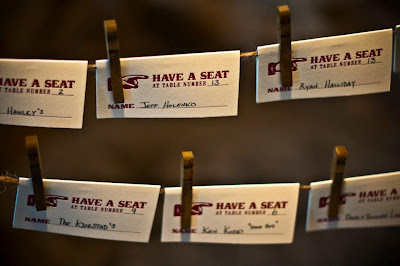 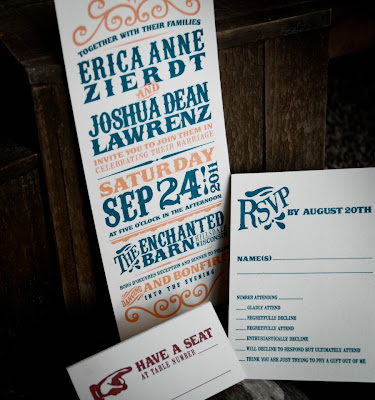 Then, we incorporated those designs into Erica's dream cake, and topped the cake with a seven inch replica of Clyde. No, not their dog, not a beloved uncle, Clyde is a Dahlia. You see, Erica's family grows Dahlias. Not your ordinary Dahlias, award winning, Dahlia Society Dahlias. And Clyde would be grown, and primed specifically for Erica's bouquet. Actually, the giant bloom (around 12" in diameter) would be Erica's Bouquet.


Two weeks before the wedding, we began the process of creating Clyde. We studied the photos, counted petals, mangled gum paste cutters into the 6 different petal shapes and sizes, and came up with the perfect combination of orange gum paste, and petal dust to bring that mammoth to life. We created him one row of petals per day, for 6 days, so that the lower petals could dry and not be crushed by the subsequent rows. We finished him just in time for the state fair, and visited Erica at the Dahlia exhibit to check our work (via photo, of course) against some real Clydes. 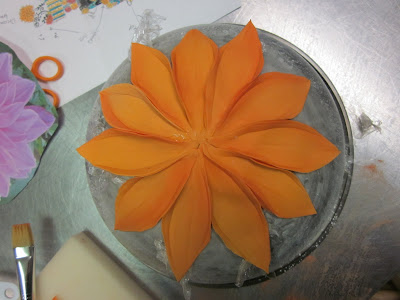 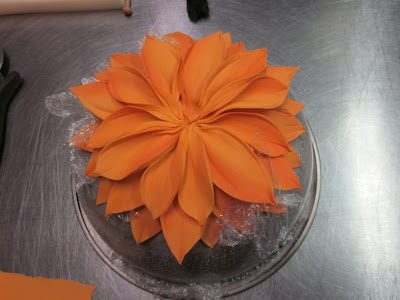 When the day of the wedding came, we packed up my brand new delivery vehicle with the cakes, and finally our beloved frosting Clyde. Now, some background. I always deliver in an SUV. And this was our first delivery in my new Nissan Murano. He's a Japanese car, with an Italian name, so we called him Tino-San. One of the selling points about Tino-San was that his cargo cover over the back area had extensions on the back side of it that attach to the head rests of the back seats, keeping all the cargo shaded during delivery. Not until we were loading the car, did we realize, that those handy extensions don't reach the head rests of the front seats, and with the back seats folded flat, they are just hanging down behind the cargo cover, and in the way if you want to load anything beyond two feet of the hatch. We flipped the extensions, and their handy head rest clips up onto the top of the extended cargo cover, and decided to deal with the issue later.


Just as I was about to leave, I opened the hatch, checked on my precious cargo, and just as I was closing the hatch, it happened. The extensions, and their clips slid backward off the cargo cover and smashed poor Clyde. How did I know? The cargo cover was blocking my view of him. If the shattering sound wasn't enough, maybe it was the airborn shards of orange petals that shot up into the air when it hit that gave me all the information I needed to feel like someone just punched me in the stomach.


It felt like walking through jello to get to the side door of Tino-San to see what I was facing. And all the prayers to the Cake gods that spilled from my shaking lips on the way were for naught. He was pulverized. The entire back half of him, smashed, gone. Five days of work, and no backup...gone.


I called the Goo, I called Jenna (both on their way to another delivery) I kept Julia heading to Wisconsin with the S'mores buffet in her car. When they arrived, I had the orange gumpaste out, and felt like that surgeon on the hospital shows...you know the one...who keeps shocking the dead guy until someone kindly takes the paddles from him and advises that he "Let it go". Lucky for Clyde, that voice of reason doesn't exist at Gateaux. Jenna cranked out petals like a mad woman, and fortunately, the inner most portion of the broken petals remained intact, giving us a shelf to lay the new petals on. They held up in perfect position. With anything but surgeon-like steadiness, I replaced the 17 broken petals, packed clyde into my front seat, and began the drive to the Enchanted barn in my new Nissan Murano with a new feature...a cargo cover covered in packing tape to hold up the offending extensions.


When we arrived at the barn, we saw Erica, still wearing a t-shirt and jogging shorts, but with her veil and makeup done, she was already an incredible sight. She informed us that Clyde died. Did Julia tell her, I was thoroughly confused, and began to explain that I resurrected him, when I realized that it was her bouquet Clyde that she was referring to. I explained that frosting Clyde had an equally rough morning, and with her unfailing grace, she was completely unfazed. As for her bouquet, an equally stunning Red Dahlia took Clyde's place. 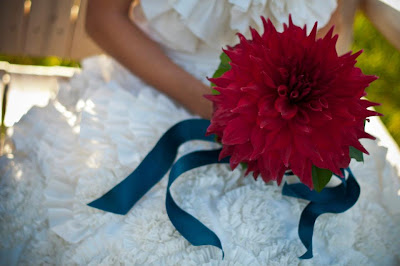 We set up the cake, with even Julia amazed that Clyde had been in a wreck...she didn't notice any signs of the breakage. Josh, the groom sent me a photo that next day entitled "Clyde looked pretty darn good" and, while they are the type of couple who would have done that to make me feel better even if Clyde looked hideous, he was right. I couldn't see any signs of damage. 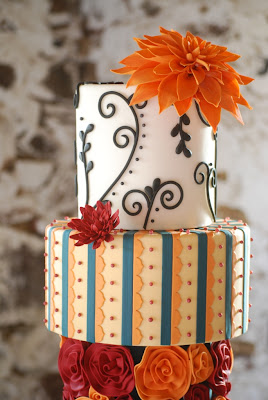 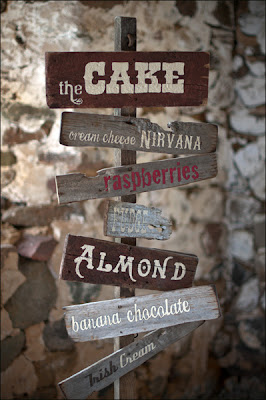 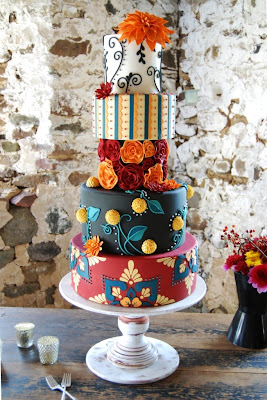 I left Julia to set up the S'mores buffet, and had to get back to Minneapolis for another set up. Thankfully, one with far less drama. 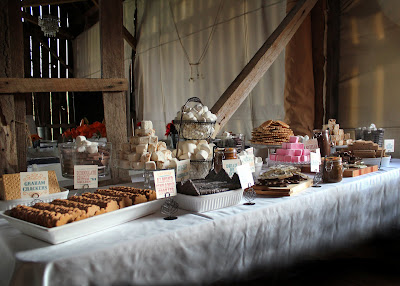 So there you have it. Our biggest (knock on wood, again) cake disaster, narrowly averted. I'm sure there will be others, as it's the nature of the business. But keep this in mind next time you see a cake being set up. Do you really want to know if the pilot that is flying your plane has ever crashed? Maybe that's best left unasked.


By the way, Erica and Josh did such an amazing job planning their wedding that it won the Minneapolis St. Paul Bridal Guide Diamond award for "Wedding of the Year". Last I heard, they were planning to buy an old barn and renovate it for weddings. I will be the first in line to recommend their business to potential brides. And may I suggest the name "Clyde Farms"? 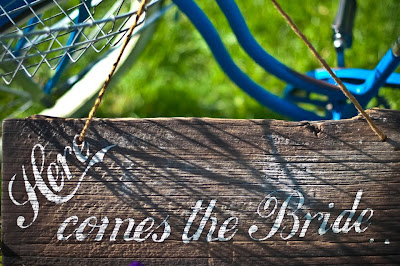 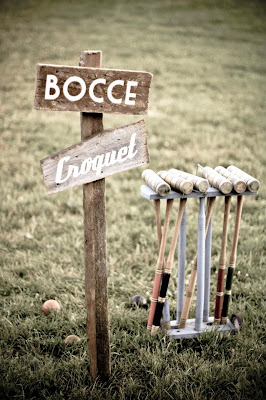 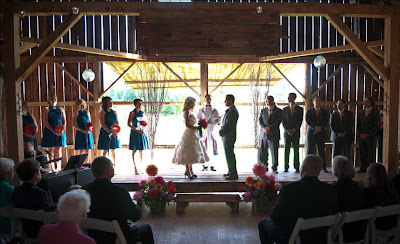 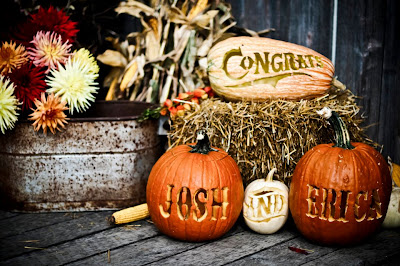 What an amazing novel! Erica and Josh did a PHENOMENAL JOB planning their wedding!!! Gorgeous! And your cake was amazing as well!!!! I completely agree with everyone wondering if some crisis would happen with the cake. Knock on wood, nothing EVER happens to your cakes.