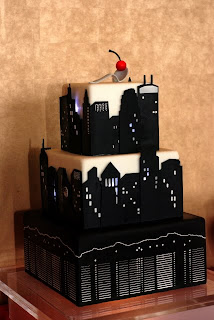 Jaime and David had the coolest Save the Date Cards. That's how this whole thing started. Knowing that their reception would be held at the top of the IDS building downtown Minneapolis, they had the city skyline printed on the Save the Date cards. Best of all, they had it printed in negative, so that the buildings were black, with the lights of the city reflected below (the Mississippi River suggested in the reflection). Just try to stop us from making a cake out of that!

We started with the black buildings, and copied the reflected lights on the bottom tier. We really wanted to create the illusion that the windows on the buildings were glowing. This is where the groom always gets me in trouble...and David didn't disappoint. He suggested that we actually make the buildings glow by stashing little LED lights behind them. Okay, I'm down with that. We decided to top the cake with a frosting replica of the Cherry and Spoon sculpture at the Walker Sculpture Garden. A perfect topper, except for one thing. It needed to light up too. That's where my lighting/electronic expertise runs out. It would need to be wireless, and more importantly, light enough to avoid snapping the frosting spoon in half when attached.

I put that ball in David's court, assuming that he'd happily forget about it by the time the wedding rolled around. Much to my shock and amazement, he showed up at my shop about a month before the wedding with not one, but three wireless light-up cherries. They were perfect! 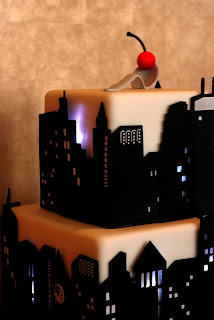 Such a groom deserves an awesome Groom's Cake. Jaime knew from the start exactly what she wanted for this. Turns out, the couple had lived apart for some time, and took to mailing candy and other goodies to each other. The box, heretofore referred to as the "Nummie Box" has remained with them now that they live in the same area, and has been beat up and moved around, but has been retained for posterity.

So, we designed a cake that lookes like a U-haul shipping box, complete with shipping labels, for the groom's cake. Originally, we were going to load up the board around the cake with the types of candies and goodies that they frequently mailed to one another, but then they suggested that the candy be frosting replicas to keep with all cake theme. So here you have it... 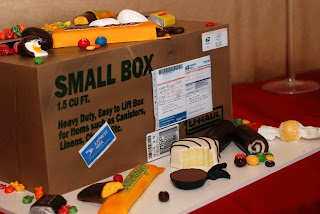 Nummie box cake (complete with shipping wear and tear)with an assortment of fondant, gum paste and royal icing "candy", and yes, you can eat the wrappers and boxes...all frosting. I gotta admit, those Ho Ho's tricked me several times while they were drying on my baker's rack. 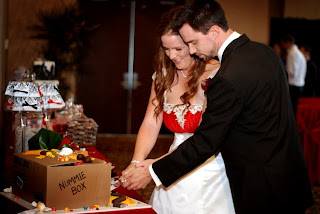 Thanks to Ruth Harper of Happily Ever After photography for her wonderful photos of these guys and their cakes. 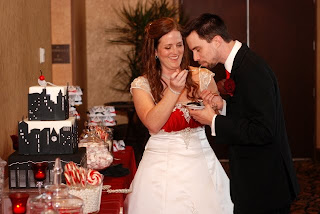 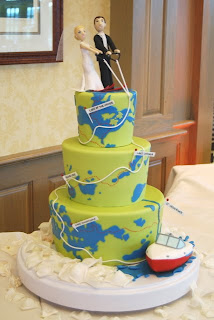 When Calley called, she told us that she wanted a cake with a frosting bride and groom...waterskiing on top of the cake. Well, we've never done either of thes things before, so...okay.

Turns out, her and the fiance love waterskiing so much, that their save the date card was a photo of them waterskiing. Not just waterskiing, mind you. Waterskiing in a suit and wedding dress (short version) complete with veil and bouquet. If this seems foreign to you, imagine how foreign it is to this cake lady, who almost drowned in four and a half feet of water at the aptly named "cemetary reef" in Cayman out of sheer fear of water and lack of large motor skills. Cake ladies don't float. Never fear, once my husband shouted for me to put my feet down, I was saved...but I, as usual, digress.

Once I had a chance to meet with Calley, we discovered that these two were avid Minnesota "lake people". So we decided to modify and recreate a cake that we made for Minnesota Monthly Magazine. This time, we focused on the lakes (and river) that the bride and groom frequented with their skis. We decided that the ski-rope should spiral down the tiers, and attach to what else, a frosting boat. 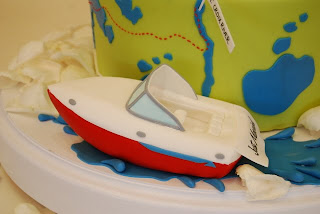 And they skiied off into the sunset.
Posted by Evil Cake Genius at 12:19 AM 3 comments: 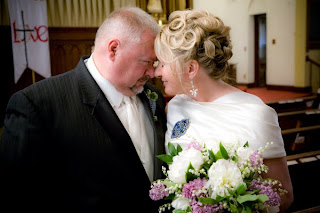 That's how Dawn first described her relationship with her darling Marvin. Now that's something I can work with. City girl...farm boy. She even had a goofy little version of the Green Acres song that was customized to their story.

Let's start there.
How about a sing-along Save the date card? We printed the lyrics, along with three vintage photos that Dawn found of Marvin's family farm as a two layer save the date card tied with green striped ribbon. And that was the tip of the beautifully detailed iceberg! 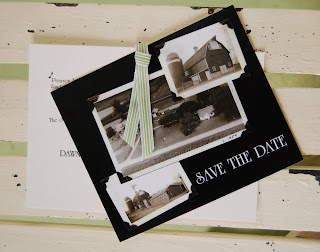 Turns out, our city girl has an amazing gift for decor. Having owned an antique store, her design aesthetic was perfectly vintage country. She would show up with rubbermaid containers filled with vintage wallpaper(used for the table number cards and place cards) postcards(that we reproduced for the favour cards and thank you notes) 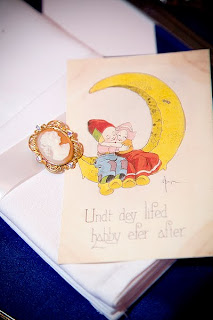 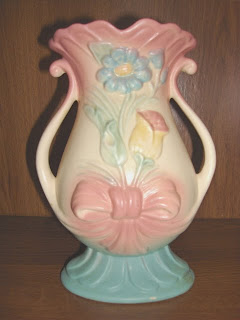 We immediately designed the wedding invitations and programs to imitate the bow-knot motif on the vase. 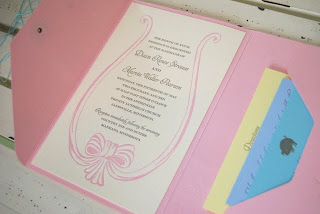 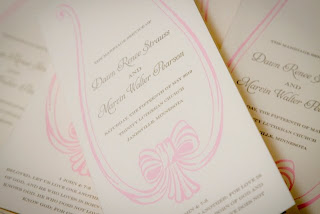 Then, we began designing the pottery inspired cake. 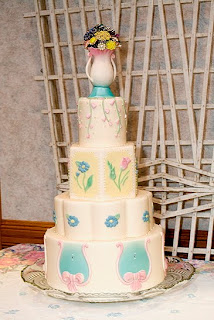 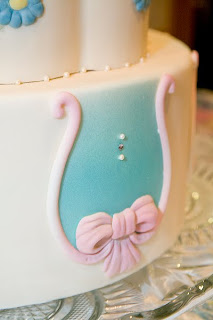 It was a given that we'd make a frosting replica of the original vase for the cake topper, but what to put in the vase? Of course, Dawn came up with the most brilliant, creative answer to the problem. She had planned on having a bouquet made completely out of vintage brooches and earrings to carry at the reception. She had been collecting vintage costume jewelry to make each guest's napkin ring a unique favour (did I mention how much I want to be a guest at this wedding?) and had plenty of pieces to spare. She wasn't kidding...she showed up with shoeboxes full of the most beautiful vintage jewelry I've ever seen. Some of the pieces were her mothers, others, she had found here and there, all of them were beautiful. So we wired the pieces, and arranged them in our frosting vase, creating my favorite cake topper of all time (now that says a lot, I've used some pretty diverse and incredible cake toppers in my time, including Frosting frogs, Mario and Princess Peach, two frosting bumblebees wearing a top hat and veil, and even a frosting leopard skin shoe and Vans sneaker). 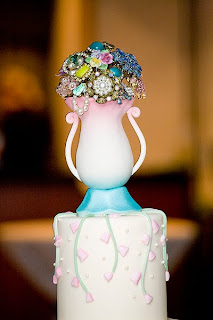 Tnanks to the Red Shoe Gallery, we have so many beautiful photos of Dawn's wedding, that we'll just pop a few more here for your viewing pleasure. Just sing along with the cocktail napkin, and enjoy! 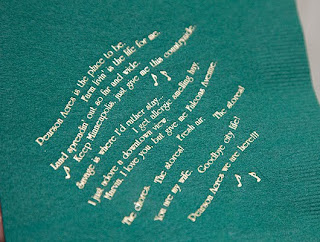 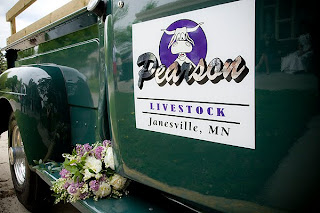 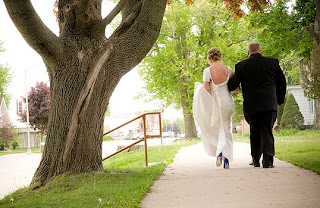 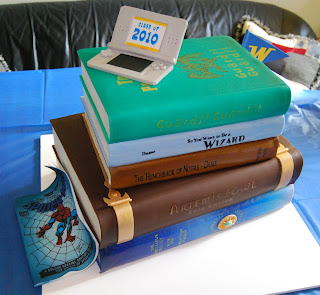 I really dig this kid...
When I met with Ben to design his Graduation cake, I instantly liked him. He gave me a list of new video games to buy (on the off-season of course) and cracked me up with his College entrance Essay topic..."Benism". I might have to convert.

Anyway, being the voracious reader that he is, designing a grad-cake for him was a snap. He listed off some of his favorite books, coupled with a few nods to Nintendo DS, and his favorite Comic Books, and we were ready to roll.

I love a man who's into the classics, so I was thrilled to hear that "Spiderman" was his first choice for the frosting comic book that we were to create for the cake. Personally, I think it's the coolest of comic graphics, so to recreate it in Gumpaste and royal icing was a joy. 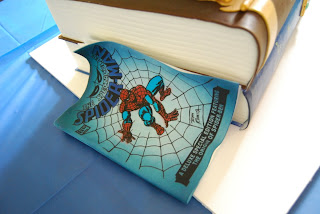 Jenna was kind enough to bring in her DS as a model for the Gumpaste on on top of Ben's cake, and I'm sad to report that I'm now hooked on some word game that she has on the damn thing. It's just one of the many sacrifices that I'm willing to make for my clients.