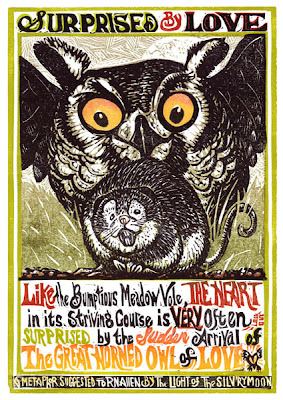 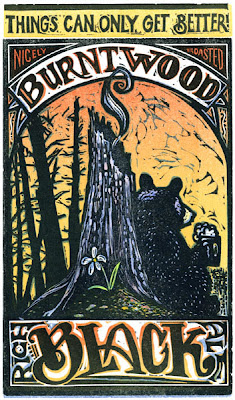 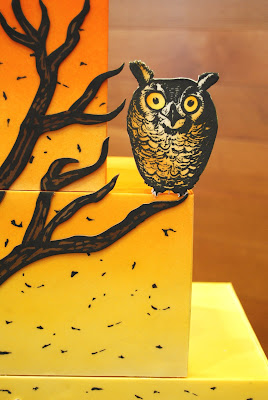 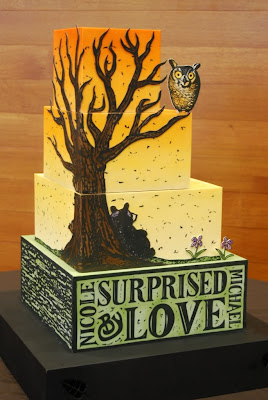 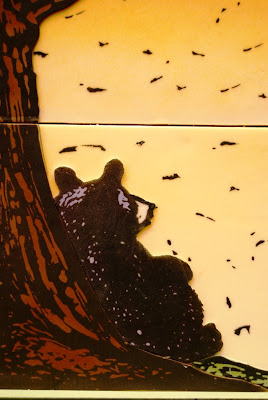 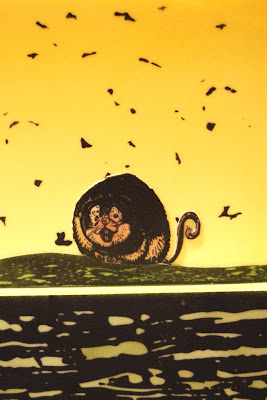 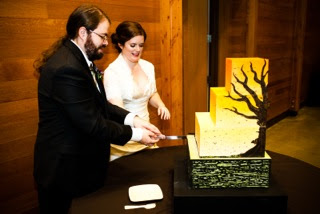 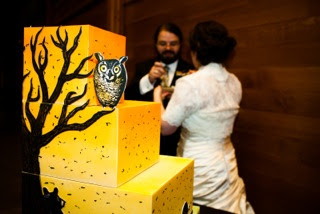 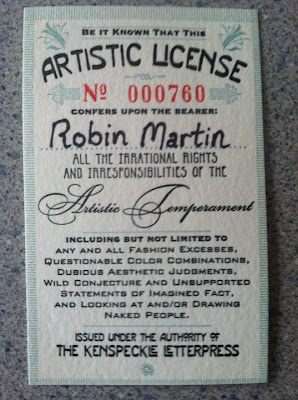 I carry it in my wallet. Never know when you're going to get pulled over for drawing naked people.
Posted by Evil Cake Genius at 5:09 PM 7 comments: 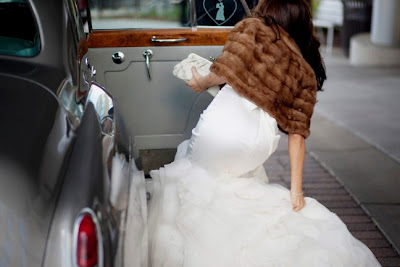 "Never trust a cake lady who can walk in heels."
Evil Cake Genius

I've never understood Fashion. Take it from the other cake girls, the Cake Lady ALWAYS loses the Project Runway pool at Gateaux. ALWAYS. I guess, when you spend your days working in long sleeve thermal t's and yoga pants, you have other priorities besides fashion.

That's why I love that quote from good old Coco. You see, even the most astute fashion minds, the icons of the industry understand that there is something inherently deeper than what is currently in vogue. Something that transcends yoga pants and bad hair days, and the Cake Lady has it (or at least she borrows it from her clients from time to time). The Cake Lady has style.

That's why, when I first spoke to Laura-Leigh's mom Christine, I knew we'd be perfect together. Turns out, Laura-Leigh, and Christine have that rare gift of possessing both fashion sense and style. And these fortunate few are the architects of some of the most chic and timeless cakes that we do.

Christine described the event decor as "Not French Country, more Paris Flea Market". I instantly conjured up visions of Belle Epoque Metropolitain Paris...black wrought iron and stone, the height of style...the kind that Coco speaks of, the kind that never fades. And Christine and Laura-Leigh delivered.

The color palette of soft champagne, black and Ivory set the stage for a timeless beauty. With the added drama of textural floral, linens, and candlelight, we had ample fuel for the cake-fire. 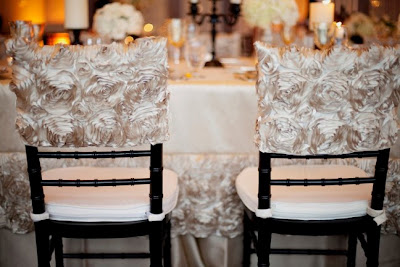 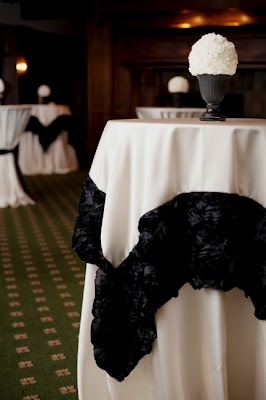 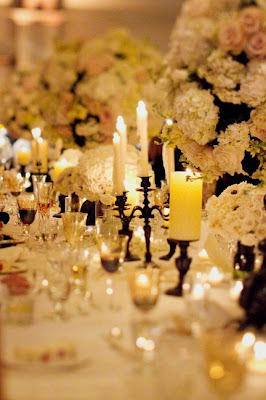 The definitive elements for the cake were the textures in the floral and an incredible motif from the wedding invitations. Coupled with a french lattice pattern imprinted on the cake and tiny little Fleur de Lis (Paris, after all...not Flea Market, leave off the first word of that phrase, and you have a whole different meaning). And what better to top this not-so-moveable of a feast? How about a vintage bride and groom cake topper. Bride and groom cake toppers are the epitome of that Coco Chanel quote. You see, whether or not they are currently fashionable, the truly well done ones, the vintage, bisque porcelain-beauties, are always in style. Especially when it belonged to the bride's grandmother. 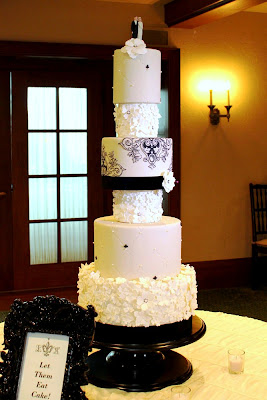 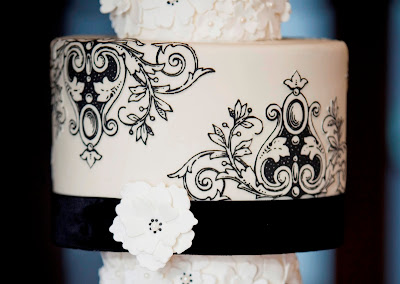 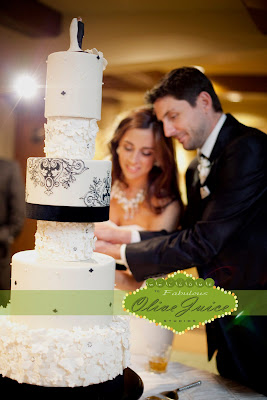 A more timeless event, I can't remember. And once again, my clients made me look so much more chic than I'll ever be. So, thank you Christine and Laura-Leigh...maybe next year, you'll teach me to walk in heels!

Once again, the Fabulous Olive Juice Studios provided us with some absolutely incredible photos of this truly elegant affair.


Decorator's Notes
Laura Leigh's cake was a joy to decorate.  We really had the opportunity to play around with texture on the tiers.
Quilted Tiers﻿
We imprinted the quilted tiers with a quatre foil shaped cookie cutter.  I couldn't find one on the market, so I made my own using this kit http://www.kitchenkrafts.com/product/make-your-own-cookie-cutters-kit

Textured Tiers
These tiers were fun to make.  We simply dumped out our drawer of flower cutters and mixed and matched different sizes of 5 petal cutters to layer together to cover the tiers.

Baroque Patterned Tier
This baroque pattern was too intricate to replicate using a stencil, so we shot a silk screen for it.   We screen printed a thin sheet of fondant with black royal icing, and then cut out around the pattern.  We wet the back of the fondant, and attached it to the fondant-covered tier.  You can buy this exact screen on our Evil Cake Genius site HERE

Posted by Evil Cake Genius at 7:16 PM No comments: